Sicily DMC Incentives / Ragusa  This is a province primarily designed by man. Farmers in particular have contributed to Ragusa’s character, appearance and cuisine, for years shaping the countryside through seed-sowing and cultivation of the harvest that abounds on the people’s tables. The same fruits of the soil render unique the fragrances of Ragusan foods and wines.

Sicily DMC Incentives / Ragusa is a puzzle of shaped tiles perfectly-placed along the long dry walls constructed by the local people. The walls’ hues of brown contrast with newly tilled fields and brilliantly-green, sprouting crops.

Its landscape traces the Iblei highlands and valleys, the unrivaled masters of the Ragusa inlands that are characterized by profound canyons, eroded over time by flowing rivers and streams.

The landscape becomes gentler as it slopes down towards the splendid coast, with Scoglitti and Pozzalo marking out its confines. It is an alternating balance of cliffs and endless beaches of finest sand.
The colors one can witness here are truly beyond words, painted by sunrays at play over the blue seas and golden beaches.

Picturesque villages and charming localities welcome us to a seaside holiday, within the delightful ambience of open-air events under a star-lit sky.

If we’re lucky, gracious landlady may invite us to her home with the delicacies she has prepared, captivating us with her rich and exciting tales.
This is the Ragusa Province that opens the most refined “living rooms” of its homes, embellished in pure Sicilian Baroque style. It is a style that speaks of the 18th-Century Restoration and reconstruction, a historical moment of great artistic highlights.

As we stroll through the streets of Ragusa, Modica, Sicli and Ispica, observe the prestigious architecture and feel the golden warmth of the sun; blessed is the man who can enjoy this rare emotional experience.

History was constructed well before that, however, when the Sicels established their settlements in this land, followed by the Magna Graecia and Roman epochs, and other conquerors who influenced Sicily’s art and culture.
A marvelous southern Sicilian community, Ragusa receives its visitors with the same warmth and vitality of its inhabitants.

Ragusa can be defined as two cities in one. The old section (Ragusa Ibla) had to be rebuilt over the ruins of the 1697 earthquake, while the new section was built later, during the 18th-Century reconstruction.

The Duomo of San Giorgio is the symbol of the city’s rebirth, the work of Rosario Gagliardi, whose signature appears on many masterpieces within the Noto Valley. The church’s columns, friezes and statues render the façade with that typical Baroque ostentation. Its three naves are delineated by stone pillars, topped by finely decorated capitals.

The Cathedral in new Ragusa is dedicated to St. John the Baptist, with an impressive façade dominated from above by a lateral 164-ft bell tower. The Church of Santa Maria delle Scale, equally lovely, features a 14th-Century portal that survived the aforementioned earthquake and was reused for the construction of the new Baroque church.

Refined and richly decorated buildings grace the streets of the city of Modica. Atop a great stairway floats the imposing façade of the Church of San Giorgio, a symbol of this beautiful city further inland from Ragusa. The town opens out at the foot of the cliff that hugs the ancient part of the town; picturesque alleys, roads and small stairways lend it its character. The Cathedral of San Giovanni is a must.
A look upwards reveals the impressive, elaborate adornments, and the flowing and sprightly perspective of its façade.
Modica is the birthplace of Salvatore Quasimodo, Nobel Prize recipient in literature; the house where he spent a part of his life has remained exactly the same, complete with his memoirs and his photos.

Sicli is one of the central highlights of the Sicilian baroque and of the Ragusa coast.
Finely-decorated balconies display their ironmongery and flower decorations, while portals are carved with elegant mouldings. Frames and friezes complete the design, mainly characterized by refined city buildings – of which Palazzo Beneventano is one of the best examples.
Three structures assembled together in a pyramidal form compose the exterior of the monumental Church of San Bartolomeo, the “queen” of Sicli.

Another artistic gem in the Province of Ragusa is the town of Ispica, that also offers bountiful natural attractions.

The coast offers not only beauty and nature, but also a number of opportunities for activities in the open air.
Excursions and trekking find their ideal environment in the Cava d’Ispica, a deep river valley that extends for several miles.
Gorges, natural caves and tombs within grottoes are elements characterizing this charming path, the signs of which prove the presence of man ever since Prehistoric times.

A dense Mediterranean undergrowth and the colors of the small orchards cultivated by the few inhabitants add to the area’s fascination and intrigue.
This corner of Sicily is also renowned as one of the most important Italian regions in the way of ornithology.

The Bruno and Longarino Bogs are filled with salt water, and separated from the sea by a strip of dunes. Their banks are covered by a thick vegetation typical of humid zones that host a great number of migratory birds.
Birdwatchers can discover moorhens, snipes, partridges, wild ducks, brown pochards and redshanks.

A splendid beach lines the Port of Ulysses, with the white cliffs of Point Castelazzo marking out its confines.

The sandy beaches of Marina di Modica make it an ideal for a seaside vacation, especially with the family. And windsurfing and kitesurfing are possible thanks to its lively winds.
The sparkling nightlife attracts those who like going to trendy clubs once the sun goes down.

The coast is punctuated by tiny marine villages nestled along the beaches or perched on rocky cliffs. These places maintain their ancient enchantment, where life still beats time to ancient rhythms.
Some have gained fame thanks to the TV series “Il Commissario Montalbano,” a famous character born from the pen of Andrea Camilleri and interpreted by actor Luca Zingaretti.

Finally, Modica reserves a special event for those visitors with a sweet tooth, the “Choco Barocco Modica – Quando il cioccolato incontra l’arte,” (When Chocolate Meets Art) a fair dedicated to one of life’s most irresistible temptations.

Ragusan gastronomy finds its roots in ancient traditions.
The simple dishes set at farmers’ tables of were the beginnings of tasty recipes marked by the simplicity and authenticity that have long characterized the Province’s excellent cuisine. 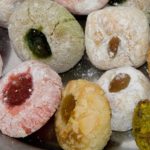 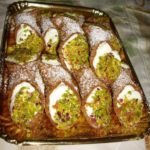 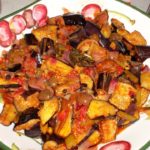 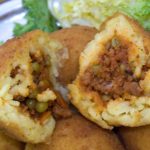 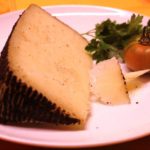 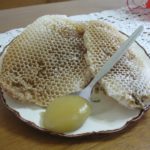 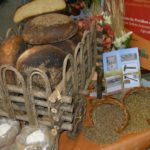 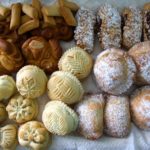 Tasty pastieri pies are stuffed with minced meat or lamb and goat meat mixed with cheese and eggs, while the rustic scacce is very tasty for its rich and complex filling.

The most outstanding among the second courses are those dishes recipes featuring pork and white meats. Try the stuffed ribs and pork gelatin, typical of Chiaramonte Gulfi. Not to be overlooked is the rabbit, cooked in the pattuisa style.

When it comes to cheese, choosing can be a challenge: the Ragusano P.D.O., the caciocavallo ibleo, the Tumazzo medicano, canestrato and cottage cheese are all produced according to ancient traditions.

The pastries and desserts, of course, are unbelievable, particularly the renowned Modica chocolate. Cookie recipes include the “mustazzola” prepared with honey and almonds, ”mpanatigghi,” soft tarallucci, and biscuits with almonds (the main ingredient of Sicilian sweets).

Curious about the area’s wine? We recommend the Cerasuolo della Vittoria DOCG, a great match for meat dishes.