Sicily DMC – Siracusa  The Sicilian City of Syracuse is a wonderland. Echoes of ancient civilizations still resound in the streets of this coastal city, and Baroque architecture narrates its eventual rebirth as sun, sand and sky envelop it with their brilliance. A journey to this corner of Sicily awakens profound sensations, as if one were crossing the threshold of time into thousands of years ago.

We can feel it as we walk through Syracuse’s streets, where precious testimonials recall with great force the splendor of Magna Graecia, and step by step, accompany the visitor through the eras that impacted Syracuse’s history so strongly: i.e. the Romans and Byzantines, Arabs and Normans, Swabians and Aragonese.

Here they all wrote a page or two of Sicilian history. Neapolis, Acradina, Ortygia, Tyche, and Epipoli are the quarters of the ancient city. Their names alone suffice to transport us into another dimension.

In the Park of Neapolis and on the Island of Ortygia, connected by three bridges to the mainland, we find ourselves in the thick of the monuments.

Immersed in the Iblea Valley and amidst Mediterranean vegetation is the Pantalica necropolis, a site of extraordinary archaeological value: findings include thousands of tombs dug in the rocks by the first inhabitants of the area.

The tombs were successively used and amplified by the Greeks and the Romans.

Noto and Palazzolo Acreide are two of the eight cities of the Noto Valley, declared a World Heritage Site for the richness and prestige of its architecture, and considered among the highest expressions of 18th-Century, late Baroque in Europe.

The Iblei Mountains slope down gently towards the coast, enlivened by cliffs, bays, islets and tracts of white beaches. An expanse of emerald hues, enhanced by lines of cobalt blue and streaks of light, beautifully complements Syracuse’s marine landscape.

More inland, especially near the area’s riverbeds, are various natural sites populated by interesting samples of flora and fauna.

Ancient flavors and lively cultural and folkloristic traditions also figure among the touristic attractions of Syracuse Province of Syracuse.

The discovery route of this Province starts out on Ortygia Island, barely connected to Syracuse by a few short bridges. Ortygia resembles a museum sitting between sea and sky, a city seemingly frozen in time.

The piazzas, streets and sidestreets of Ortygia trace a border around this small jewel box and its rocky beach, and its buildings, churches, temples, walls and facades decorate each corner.

The majestic Maniace Castle, a remnant from the Swabian era, dominates the extreme point of the island, an ideal position from which to survey incoming marine traffic.

Looking out on the side of the Porto Grande, the Adorno Esplanade in the delicate hues of 19th-Century buildings includes the Aretusa Fountain, outlined by green papyrus. This is one of Ortygia’s most enchanting spots.

Beyond the seafront is a piazza dominated by the Duomo, an exceptional example of the stratification of mixed architecture that blends remarkably into one.

The Doric Temple of Athena is at the center of this Christian church built in the Byzantine Era. Renovated by the Normans, the church lost its façade in an earthquake before being rebuilt in the Baroque style in the 18th Century.

Not far away, in the former monastery of San Benedetto, one can visit Palazzo Bellomo, a clear example of both Swabian and Catalan influences. The Palazzo exhibits from the Regional Gallery, for example a precious art collection with sculptures by Domenico Gagini and Giovan Battista Mazzolo, along with works by Antonello da Messina and Caravaggio.

The Temple of Apollo stands on the wet dockside, first transformed into a church, then into a mosque by the Arabs, and again into a church by the Normans.

Crossing over to Syracuse on the mainland, we find a hotbed of great historical memoirs. One only has to visit the Neapolis Archeological Park to take stock of this fact. The picture that unfolds before our eyes will takes us back thousands of years in time.

The epic Greek Theatre, a portion of which is dug into the rocks, is the most famous in Antiquity. Today, it is still the stage for highly-attended theatrical productions.

On one side we find the Latomia del Paradiso with numerous stone caves, including the Grotta dei Cordari, the Grotta del Salnitro, as well as the one that Caravaggio nick-named “The Ear of Dionysius” for its particular acoustic effect.

The Altar of Hiero II and the Roman Amphitheatre are other stand-out structures to see in the Park.

Do not miss a visit to the ”Paolo Orsi” Regional Archaeological Museum, containing almost 97,000 square feet of exhibits inside a modern structure. The collection lends a sweeping view, from Prehistory up to the Classical Age.

A fascinating page of Mediterranean history was written in Pantalica, one of the most ancient towns of the Island, where the allure of the past blends with nature.

Five thousand cave-tombs dug into rocks and the Anàktoron, a monumental royal palace perched on the top of a hill, testify to the presence of man in these lands since prehistoric times.

The remains are enhanced by the Natural Reserve of the Anapo Valley, with its ravines and sheer cliffs.

From archeology to art: Located on the highlands dominating the Asinaro Valley stands Noto, the cradle of Sicilian Baroque art, and one of the most beautiful towns in Sicily – in addition to being a World Heritage Site.

Noto is labeled the “Garden of Stone,” and when we walk through its streets, we can understand why: the buildings, churches, stuccowork, decor and embellishments narrate the ostentation that swathed Sicily in the 18th Century.

The Porta Reale demarcates the entrance to the historic center, passing through the elegant Corso Vittorio Emanuele, divided into three main squares. Piazza del Municipio opens out with its regal stairway leading to the Cathedral courtyard, itself delimited on either side by two bell towers.

A short distance away is the monumental Complex of Santissimo Salvatore, hosting a monastery, Basilica and seminary, each designed according to different styles perfectly blended harmoniously into one – a very picturesque and impressive synthesis.

A visit to the Church of Santa Chiara is a must on an itinerary of the Province. It is elaborately decorated with stuccowork, putti and colonnades that correspond to the interior sculptures and paintings. Equally-beautiful is the Church of San Domenico, a masterpiece by Rosario Gagliardi; its convex façade, decorated with columns, anticipates the beauty within.

Vincenzo Sinatra, one of the architects who contributed to Noto’s rebirth, built the concave Church of Montevergini.

The Church meets Nicolaci Street, where we can glimpse the splendid balconies adorning the exterior of Palazzo Nicolaci Villadorata.

Finally, the exterior décor and precious frescoes of Mazza’s Palazzo Trigona is a triumph.

The other Baroque gem of the Noto valley is Palazzolo Acrèide. Walking along the streets of the historical center you will not fail to admire its splendid 18th-Century works of art, preserved and protected under the tutelage of UNESCO.

Syracuse is a land of green oases spread out all over the territory, places for rediscovering uncontaminated nature and reveling in the silence broken only by whispering leaves, bubbling waters and by the sounds of its native species.

The Vendicari Natural Reserve is a coastal strip where the salinity of the water contributes to creating a very special ecosystem. An ideal habitat for birds during migration periods, it is oft referred to as the “Bird Hotel.” Especially in the early morning and late afternoon hours, birdwatchers can observe about two hundred different bird species. 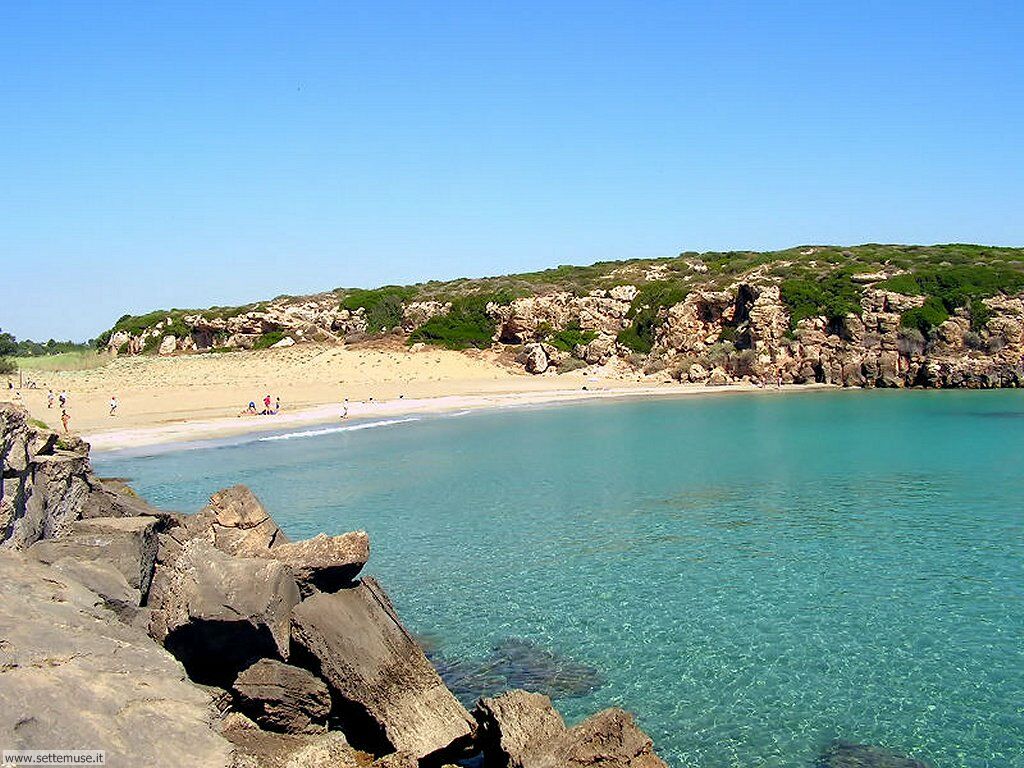 The Cavagrande del Cassibile Natural Reserve is rather alluring with its thick woods of oriental sycamores, willows, poplars and ash trees growing around a deep canyon eroded by the river waters.

The same goes for the landscape around the banks of the Ciane River, nurtured by the springs of Pisima and Pisimotta that seep through the green papyrus, a typical plant of the Nile and quite rare in Italy. The Ciane is also a draw for canoe and excursion enthusiasts.

Beaches, rocks, a crystal-clear sea and delightful localities are the choice offerings of the local natural heritage.

The landscape is defined by white beaches and high cliffs, while the Grotta di Capo Meli, Grotta del Gambero and Grotta della Pillirina are ideal for those in the mood for an exploration by boat, and fantastic for lovers of marine speleology. During violent sea storms, the water splashes out of the caves with extreme force, sometimes shooting as high as 66 feet in the air.

Between Augusta and Capo Passero, from spring to autumn, one can see different types of cetaceans or marine mammals.

Keep your fingers crossed: if you are lucky you may bump into a friendly dolphin or whale silently swimming right in front of you.

Sicilians have always jealously guarded their ancient traditions. This is why the entire Province offers a calendar rich in fairs and festivals for religious and folk celebrations.

At the feast of flowers, the Infiorata, thousands of petals are arranged artistically along Via Nicolaci, embellishing the balconies of the houses. Feasting and gaiety come alive in the city streets, where Baroque lavishness unites with the beauty of nature.

SICILY A journey is never complete without tasting the local flavors of a place. Syracuse’s strong ties with the sea are highly-evident in its local specialties.

For starters, try the swordfish cooked alla stemperata, fried and dipped in a sauce of capers and onions; fresh tuna cooked with tomatoes and peppers; or the onion with fish soup, Syracusan style. The varieties of shrimp are excellent, as are the crab and lobster.

Fish is also the preferred ingredient for many first courses: think spaghetti with black squid sauce, with seashells, or with lobster, anchovies and toasted breadcrumbs. Excellent pork meat allows for the quality production of tasty salame and sausages.

Avola is known for its exquisite almonds, the main ingredient in Sicily’s extra-sweet pastries and its famous nougat, torrone. Besides pastry, Sicily is also famous for its ice cream and granita or shaved ice in an unending range of flavors: from the classic version – coffee, lemon, strawberry and mulberry – to those aromatized with jasmine and roses.

Oenological artistry also dominates the scene in this province, proud of its famous Nero d’Avola – a prestigious red wine, the production of which traces back to the distant past.

Other Links to Sicily DMC

Sicily DMC Incentives, Palermo and Monreale, over 2000 years of history in Sicily

Agrigento – the legendary door to the Olympus